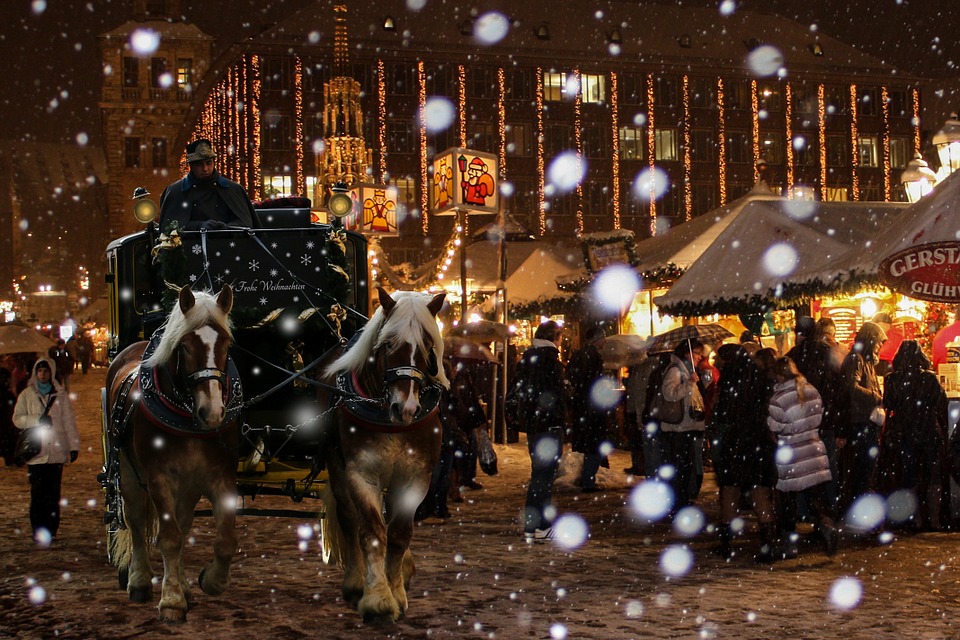 Visiting Europe’s very best Christmas Markets is a highlight of any European city break. Roasted chestnuts, Christmas carols, mulled wine and outdoor ice skating are just some of the magical things you’ll encounter at these traditional Christmas markets, as well as a wide variety of crafts, handmade gifts and local foods.

Traditional German-style markets are still the most visited, but new markets in lesser-known locations or offering quirky experiences have started to crop up across Europe and beyond, and thanks to low-cost carriers, coach, rail tour and river cruising options, getting there is easier than ever.

The Perfect 10 places to visit:

Or why not check out these winter wonderlands :

The European organisation “Best European Destinations”, based in Brussels, whose purpose is the promotion of culture and tourism in Europe, is pleased to announce the results of the best Christmas markets in Europe. 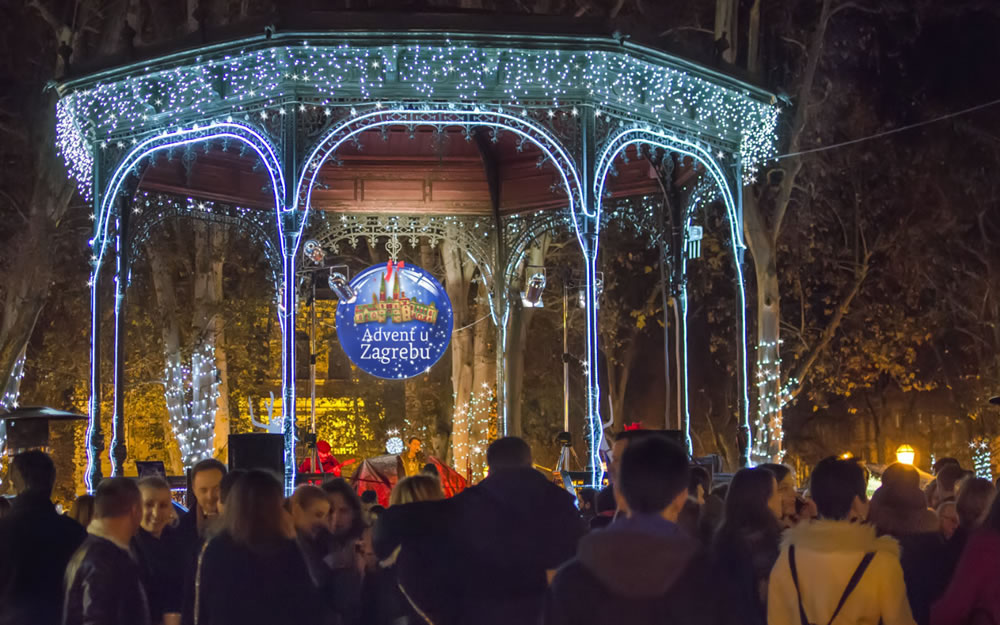 Come and see for yourself why is the Croatian capital visited by an increasing numbers of tourists during the time of Advent; get to know its idyllic side and partake in themed programmes which take place on the streets and squares around the city centre.

During the time of Advent, Zagreb offers a special atmosphere which simply must be experienced. An ever growing number of tourists choose the capital of Croatia as their destination at that time of year as good fun is had by all literally every step of the way. The city streets and squares invite you to let your hair down and partake in singing, dancing, and other kinds of entertainment with family and friends. You can also sample traditional delicacies alfresco or enjoy themed programmes which take you down memory lane. 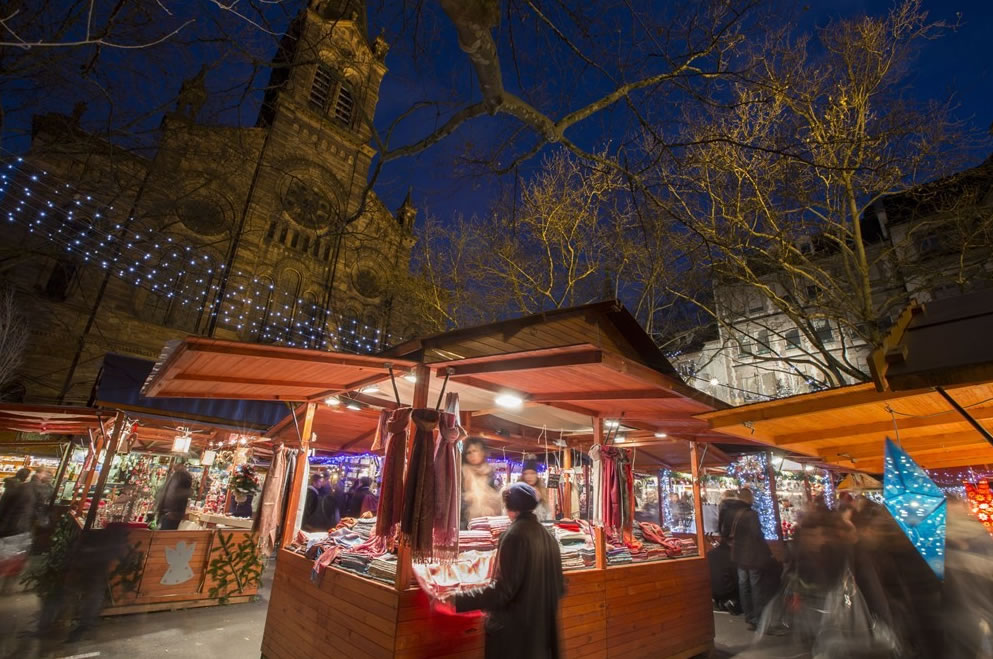 The oldest Christmas market in Europe, the Christkindelsmärik was first held in Strasbourg in 1570. With its 300 stalls, spread out over 12 locations in the city centre, the authenticity, warmth and generosity of Strasbourg Capital of Christmas form an Alsatian tradition which has been successfully maintained ever since.

The spiritual environment and traditions of Advent are well established in Strasbourg. You will find 4 outstanding Advent concerts, a Living Nativity and a wide range of authentic live music and cultural events. It’s the perfect opportunity to go on a cultural trip through time! 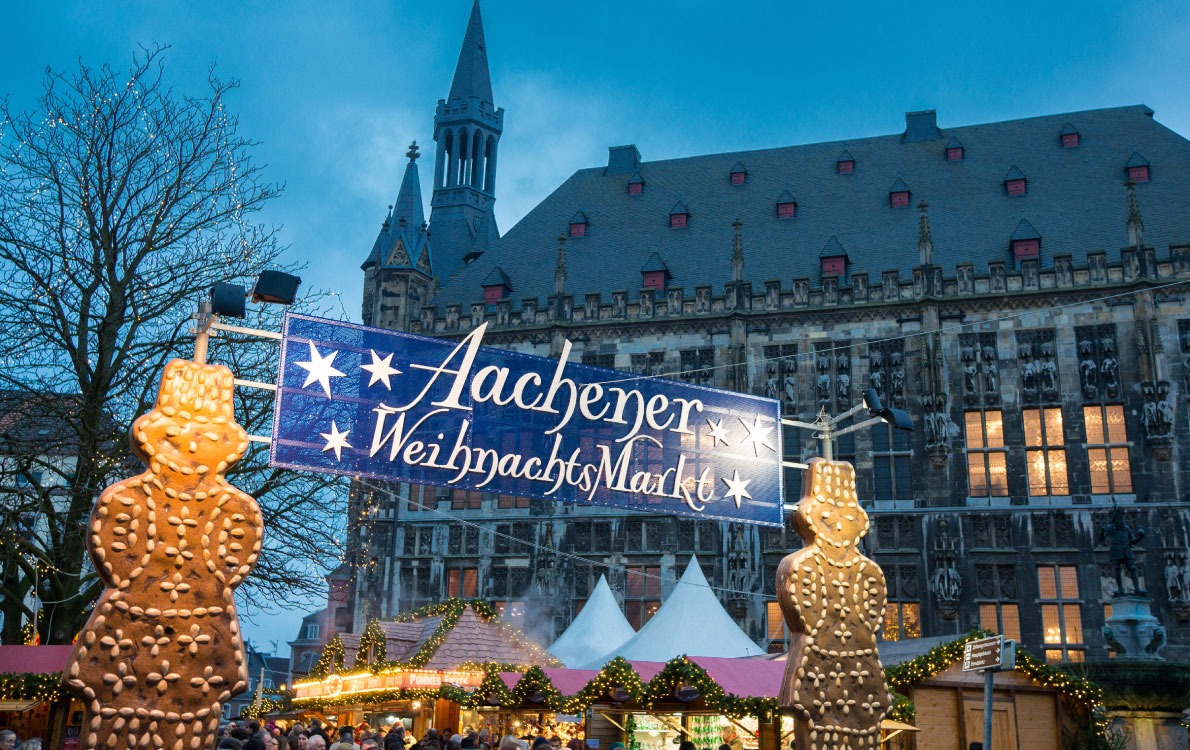 Every year before Christmas the squares and streets round the Cathedral and the Aachen Town Hall are transformed into a festival of lights and colours with festive sounds and smells. The glorious fair in the Christmas City, fascinates both the young and the old. The enormous choice between original, stylish and precious goods makes dreams come true. It is really no wonder why the Aachen Christmas Market has become an absolute “must” for all people of Aachen and Aachen fans as well.
The Aachen Market has become famous far beyond the boundaries of the Aachen region. This is due to its pleasant and familiar atmosphere. 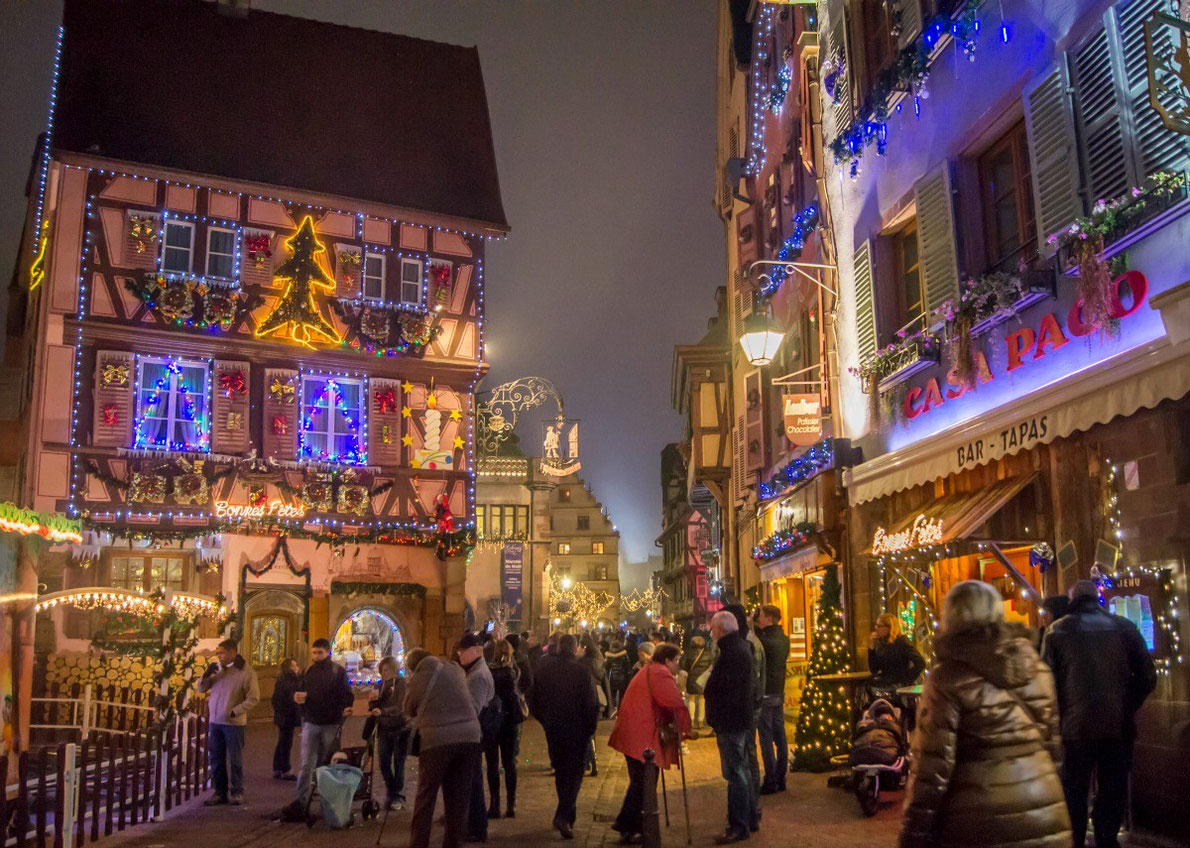 Let’s go to Colmar, a city where the magic of Christmas can be experienced in its purest form for six entire weeks. Your way will be drawn by illuminations linking to the city’s five Christmas markets, in a labyrinth of small streets lined with century old half-timbered houses.

Nestling in town squares with their own special architectural features, these islands are like the city itself: intimate and authentic. Each market is a mini-village, highlighting passionate and enthusiastic craftsmen. Most of them are from Alsace and have been chosen for the quality and the uniqueness of their products.

Next to that, you are invited to participate to a wide range of activities, making the Christmas in Colmar an uncommon experience: guided tours, wine-tastings, children animations, exhibition of traditional toys, as well as many shows and concerts. 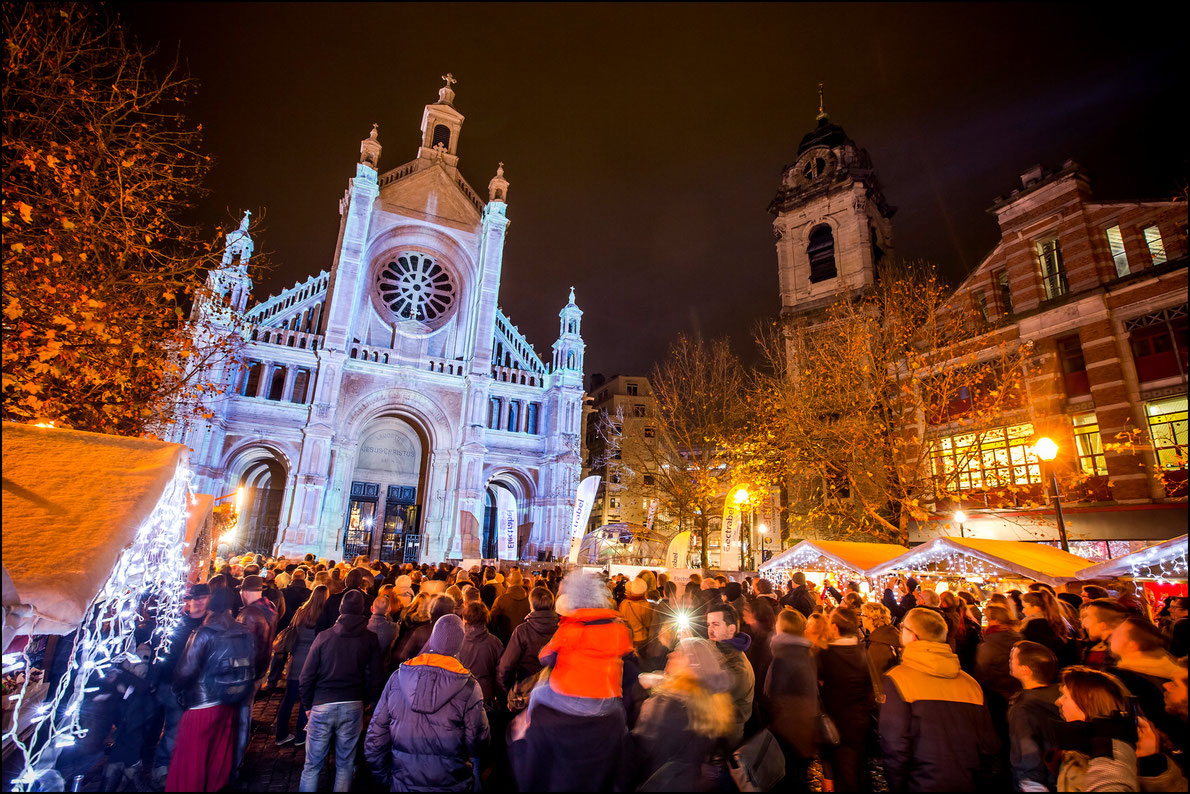 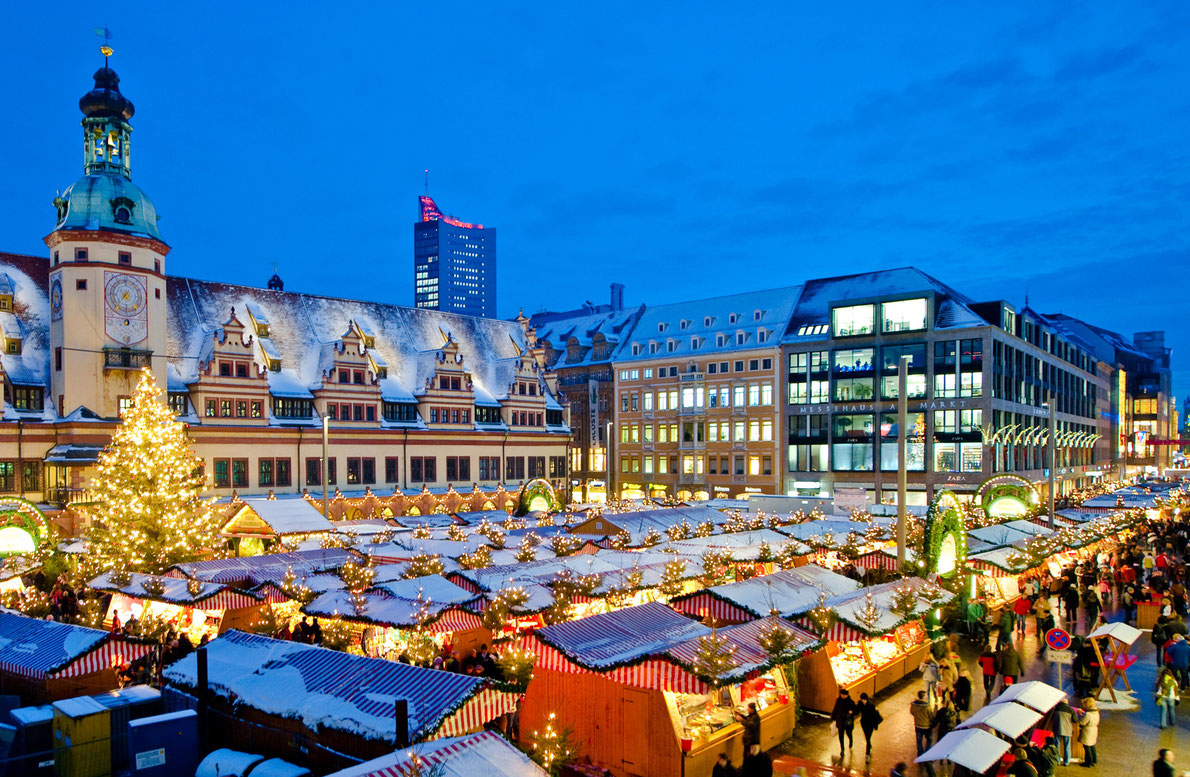 Leipzig Christmas market dates all the way back to 1458. Its six areas are set in chime with the fascinating historical scenery of the Leipzig city centre. With more than 250 twinkling stalls embedded harmoniously in the historic centre, Leipzig Christmas market is not only one of the oldest but also one of the largest Christmas markets in Germany. Visitors are offered a multitude of festive delights: indulge in numerous culinary delights or explore the city’s traditional medieval market.

The smell of “white” mulled wine and roasted almonds, the illumination by thousands of fairy lights and the festive music provided by local brass bands…

Once a year, the medieval town of Rothenburg ob der Tauber transforms itself into a fairytale winter wonderland. Ever since the 15th century, the festive time prior to Christmas has been accompanied by a delightful Christmas Market. Looking back on over 500 years of tradition little has changed over the years and the historical customs have been closely followed. 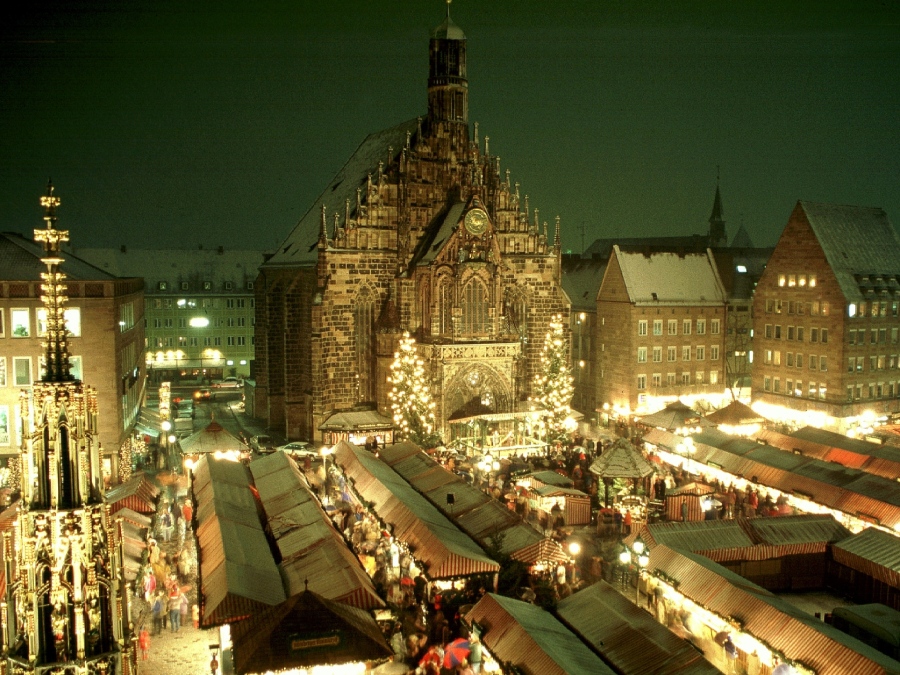 It’s beginning to look a lot like Christmas! The enticing smells of mulled wine and rum punch, roasted almonds, Nuremberg bratwurst and gingerbread fill the air. And it’s not only tiny tots who will have their eyes all a-glow as the Nuremberg Christkind appears on the balcony of the Church of Our Lady to open the holiday season. Friday before the first Sunday in Advent is the day it all begins as she opens the world-famous Nuremberg Christkindlesmarkt. 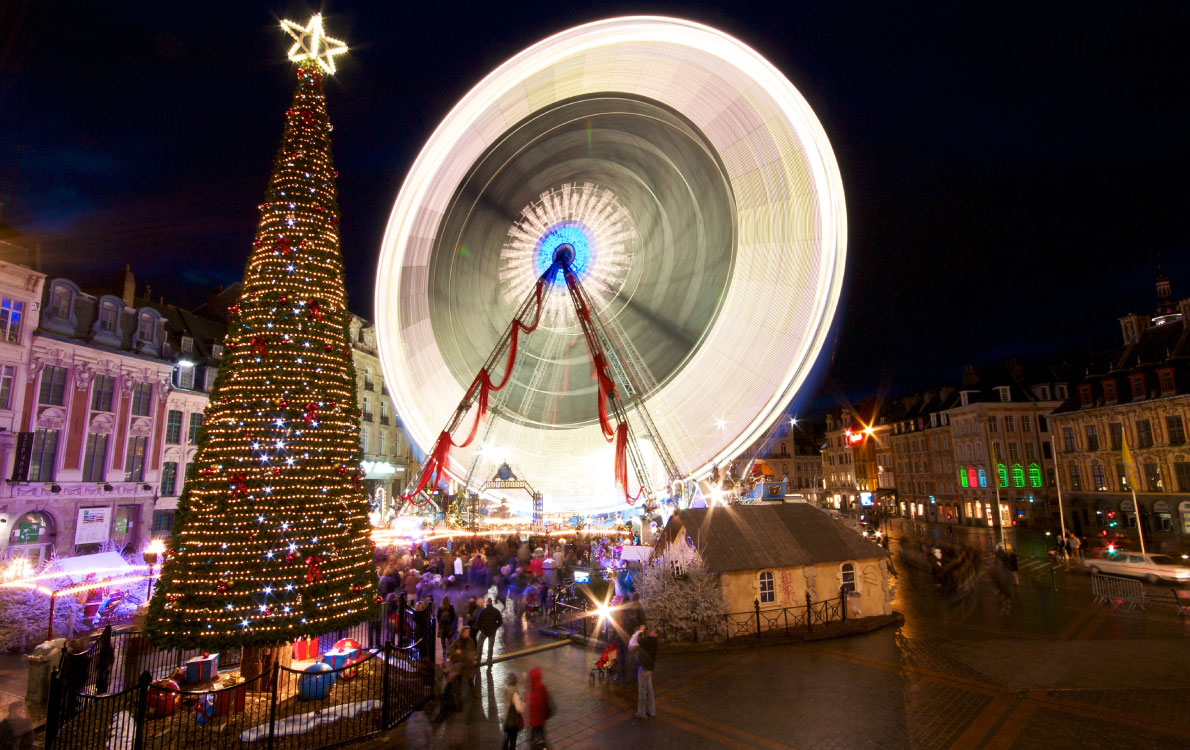 In the heart of winter, Lille sparkles and glows with joie de vivre! With the wave of a magic wand, the city takes on a festive atmosphere and welcomes you to a winter wonderland! On Place Rihour, more than 80 chalets teem with gift ideas, nativity figurines, Christmas decorations and festive food. You can find regional specialities here, and you can also find arts and crafts from Russia, Poland, and Québec, as well as products from Native America. 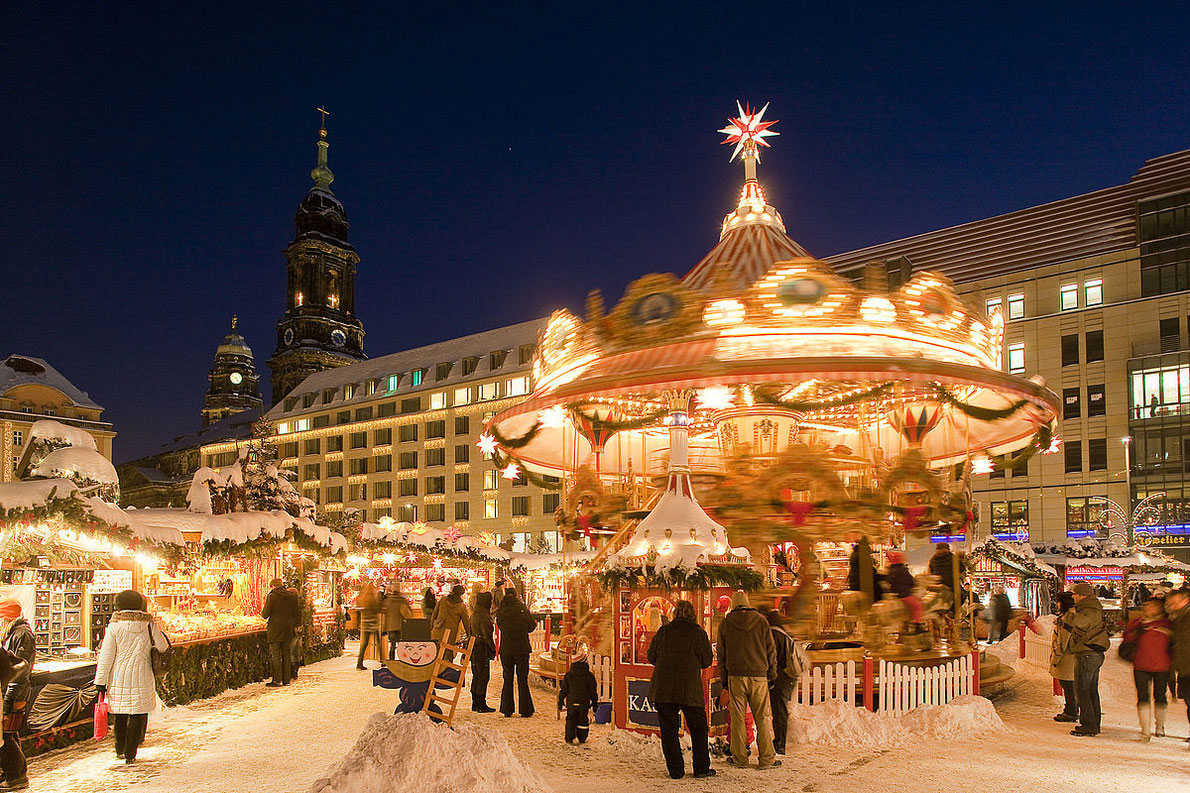 If you like Christmas, you’ll love Dresden. A grand total of eleven completely different Christmas markets, from the by no means Dark Ages to the après ski charm of alpine huts, makes for wonderfully conflicting decisions.
Holiday sounds fill the air throughout the city. From the many oratorios, Advent, organ and gospel concerts, Dresden’s churches brim with festive insider tips.

Christmas tales also come to life in the city’s theatres whilst museums host special exhibitions and boats bejewelled with lights glide along the Elbe. If only Christmas could last more than just a few weeks…

So why not get into the Christmas spirit and enjoy a wonderful festive short break to one of these fabulous European cities? Simply give us a call on 0203 598 6245 or drop as an email – info@thetraveltrove.co.uk